Warning: Parameter 2 to qtranxf_postsFilter() expected to be a reference, value given in /home/klient.dhosting.pl/k4abpro1/ilawenergy.pl/public_html/wp-includes/class-wp-hook.php on line 286
 The control of the President of Energy Regulatory Office of the wholesale energy market - I Law Energy 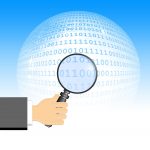 ,,At 8.00 the seat of power company was entered by the representatives of the Energy Regulatory Office (ERO) with the purpose of inspection. The company is suspected of manipulating prices on the wholesale energy market “- although so far we have faced no such media reports, there is no doubt that, in the light of the applicable provisions of the Energy Act Law, such scenario is very much possible. We remember the spectacular controls of the Office of Competition and Consumer Protection which ended with financial penalties of over milion złotych imposed under decision from 2010 – as a result of a 32-minute delay in entering the building caused by problems at the reception, the President of the Office of Competition and Consumer Protection imposed on the Polish Digital Telephony Ltd a penalty in the amount of 123,246,000.00 zł. Before the ERO inspectors knock at the door, the participant of the wholesale energy market should know its rights and responsibilities.

In compliance with art. 23 point b of Energy Law Act, the President of Energy Regulatory Office is entitled to investigate in cases of manipulation on the energy market as well as attempts of manipulation on the market and unlawful use of inside information. The purpouse of such control is to verify whether the stipulations of REGULATION (EU) No 1227/2011 on wholesale energy market integrity and transparency (REMIT)  –  more about the regulation you will find here.

HOW IS THE CONTROL CARRIED OUT?

President of the Energy Regulatory Office has no obligation to notify the entreprenuer of the control. The control may take the form of unannounced visits to the company or be less spectacular in nature, eg. by diverting to the market participant with a letter asking for clarification of any suspicious events. Checks can also be carried out with the help of IT specialists or police officers.

WHAT  RIGHTS DO THE CONTROLLERS HAVE?

The range of rights of the controllers is qute wide, including e.g.:

RESPONSIBILITIES OF THE CONTROLLED ENTITY

In the course of the investigation and control, the controlled entity should bear in mind primarily the obligation to cooperate with the controllers to ensure efficient conduct of the inspection by providing the necessary conditions and resources. For this purpose the wholesale market participants should have a diagram of the planned action in case of unannounced visits by employees of ERO. The maximum amount of the penalty for obstructing inspection activities is 1 000 000 zł.

RIGHTS OF THE CONTROLLED ENTITY

Controlled entity has the right to verify the ID cards and documents authorizing an inspection, and after its completion – state objections in the post-inspection protocol. President of the ERO may, with the protocol of inspection recommend how to remove all the irregularities found during the inspection. Then immediately, not later than on the day following the expiry of the deadline to remove the shortcomings noted in the recommendations, the controlled entity should provide the President of ERO with information on how they were be dealt with, presenting the detailed plan of removing the stated irregularities.

The ERO President may by decision impose on a controlled company a fine in the amount from 10 000 zł to 1 000 000 zł, as well as on the manager of energetic company, except that the penalty may be imposed on him in the amount of not more than 300% of his monthly salary. In determining the amount of the payment, the President of ERO takes into account the degree of harm, the degree of culpability as well as the past actions of the entity and its financial capabilities. It may waive the punishment, if the degree of harm is negligible and the entity ceased infringing the obligation or executed the responsibility. Information of the measures or sanctions imposed for breaching of the obligations set out in REMIT can be delegated to the public by the President of ERO.

Currently there is no data concerning the ongoing ERO investigations in the control of REMIT. One should, however, bear in mind the fact that when the Agency Cooperation of Energy Regulators (ACER), on basis of a preliminary assessment or analysis suspects breach of REMIT, it is entitled to demand the Energy Regulatory Office to provide them with information related to the suspected infringement or to investigate.

According to the latest quarterly published by ACER (REMIT Quarterly – ACER guidance on the application of REMIT and transaction reporting, Issue No. 6 / Q2-Q3 2016) the number of potential infringements being under analysis at EU level continues to grow, with 52 in the second quarter 2016. to 58 in the third quarter of 2016.