Warning: Parameter 2 to qtranxf_postsFilter() expected to be a reference, value given in /home/klient.dhosting.pl/k4abpro1/ilawenergy.pl/public_html/wp-includes/class-wp-hook.php on line 286
 Time bar of the supplier's claims based on comprehensive contract of energy supply. - I Law Energy

Time bar of the supplier’s claims based on comprehensive contract of energy supply. 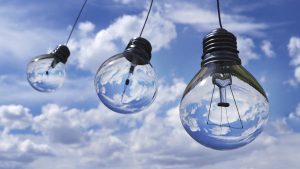 Time bar of property claims against energy consumers causes major legal consequences, but it’s still controversial in doctrine, and it’s subject of not a uniform line of jurisprudence.

CONSEQUENCES OF THE TIME LIMITATION

After a  lapse of time  bar  consumer can avoid the obligation of payments.  Energy consumer, after the time bar, and without any negative legal consequences, could refuse to behavior, which is his obligation as a customer – in this case –  refuse to pay for energy and distribution service. Essential issue which need to be resolved in the doctrine and case law is to define the time bar for the claims, based on a comprehensive agreement. The problem is quite composite, especially becouse the Energy Act does not specify the time bar for claims based on the contracts, mentioned in Article. 5 paragraph. 2 and 3 of the Act, namely: the contract of sale of energy, energy distribution contract, comprehensive contract.

The main legal instrument used in the context of the supply of electricity to consumers is undoubtedly an agreement, which regulates mutual rights and obligations of consumers and energy companies.  The Energy Act defines the two variants of supplying energy to the place of of delivery of energy. The first variant is based on separated contracts where – in one side – the customer is a party to the 1) contract of sale of electricity concluded with the trading company (in this contract customer pays for energy) and – the other side – the customer is a party of 2) distribution agreement concluded with the company providing these distribution services, called the Distribution System Operator (in this contract customer pays for distribution service). So we have – in this variant – a package of agreements (one is a sale and other is a distribution), in which each of the agreements creates an independent legal entity and is governed by its own legal regime though economic purpose (providing energy) can only be achieved by their simultaneously existence.

In the second variant energy supply is based on a comprehensive agreement referred to in Article. 5 paragraph 3 Energy Law, ensuring comprehensive service to the recipient, which contains the seller of of energy – energy trading company. Comprehensive contract, especially after the unbundling of energy companies on the trading companies and distribution companies (legal unbundling), became quite composite legal basis for relations between consumers and energy companies. Despite this fact, the comprehensive contract, and thus agreement which contains and connects the provisions of sale and distribution, is the most attractive from the point of view of the final recipient and the most widely used legal basis for the supply of electricity in Poland. That popularity of comprehensive contract in Poland  follows from legal reasons (it’s one and only legal base which contains everything which is necessarily to delivery energy), but also some historical precedent and accepted – a time ago – some legal solutions –  are not without meaning. All this  contributed to the popularity of this legal base for relations in the energy market.

THEORIES ABOUT THE TIME LIMITATION OF CLAIMS OF COMPREHENSIVE CONTRACT.

COMPREHENSIVE AGREEMENT IS NOT A SALE CONTRACT OF ENERGY

The legal separation of these two statutory legal bases (sales contract and comprehensive agreement) should not raise any doubts. Comprehensive contract as – referred to in Article. 5 paragraph. 3 PE – is a nominated contract which has a specific name and it’s own regulation in the Act – Energy Law. Despite the unsatisfactory legal regulation, an overall analysis to dispersed legislation on a comprehensive agreement allows qualify this agreement as a nominated contract. This agreement was nominated by the legislature and has it’s own separate normative reference and specific object received, that is comprehensive service as referred to in Article. 3 paragraph 30 of the Energy Law.  In the electricity market there is no doubt about the difference between the comprehensive contract and other types of contracts of supply Energy, especially that the range of seller’s duties and his responsibilities is much greater in complex agreement than in sales contract. Name of this agreement is permanently entered to the catalog of contracts occurring in the electricity market and – as such contract nominated  – can not be identified with the  contract of sale of electricity, which –  in turn – referred to in Article 5 paragraph 2 point 1 of the Energy Law.

THEREFORE, WHAT LEGISLATOR HAS JOINED TOGETHER…

There are also practical reasons against this concept (making the parcelling of the time bar in comprehensive agreement). In the case of comprehensive agreement recipient receives a single bill. This  bill it is also a evidence in civil proceedings and it includes both – the price of electricity and distribution charges. Different time bar for claims contained on one bill would hinder the economic turnover. Judicial practice should be verified.

The objects received arising from the sales and distribution of energy are therefore inextricably connected in the comprehensive agreement, are recorded in one bill as a comprehensive service and thus constitute a single claim .

3 YEARS FOR CLAIMS OF COMPREHENSIVE CONTRACTS

If so we recognize that:

1) the comprehensive contract is a nominated contract, regulated by in the Act – Energy Law, and – as such – it can not be reduced either to the contract of sale or the contract of energy distribution,

2) the comprehensive contract is a separate legal instrument which has it’s own normative reference, and

it need to be consistently considered that the seller’s claims arising from unpaid bills of electricity and distribution service (comprehensive service) have to be treated as a  barred – according to a general rule arising from Article 118 of the Civil Code – with the passage of 3 years.